Once upon a time ago…

Little freshman me walked into high school for the first time, terrified of the four years to come and excited to begin another journey. The first place I went to check out was the library and I began going through the shelves, caressing the books that would accompany me through stressful weeks.

Suddenly, something on the cover of a book got me by surprise. I pulled the book out of the shelf and saw that a girl in hijab adorned the cover. Immediately, I checked out every book by the author.

That was the year I learned that there was such a thing as hijabi characters in books. And, nothing has been better for my self esteem as a Muslim female teenager.

Goodness, there are books with characters that look like me!

So, with that story I bring to you an announcement. On Feburary, 1st of every year is a day called World Hijab Day.

That day is dedicated to not only celebrating the hijab and the women who wear them, but also teaching the meaning behind the hijab and letting others try them on.

You can find videos about World Hijab Day events on YouTube. Here are some recommendations 🙂

Today, I’ll tell you about some books with Muslim hijabi characters and then I have some stories about inspirational hijabi females in my life.

Ten Things I Hate About Me 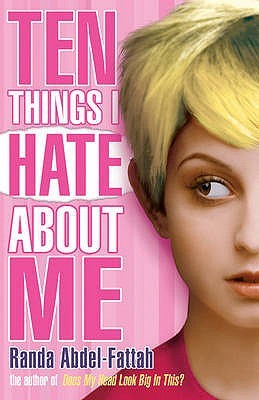 At school I’m Aussie-blonde Jamie — one of the crowd. At home I’m Muslim Jamilah — driven mad by my Stone Age dad. I should win an Oscar for my acting skills. But I can’t keep it up for much longer…

Jamie just wants to fit in. She doesn’t want to be seen as a stereotypical Muslim girl, so she does everything possible to hide that part of herself. Even if it means pushing her friends away because she’s afraid to let them know her dad forbids her from hanging out with boys or that she secretly loves to play the darabuka (Arabic drums).

Does My Head Look Big In This? 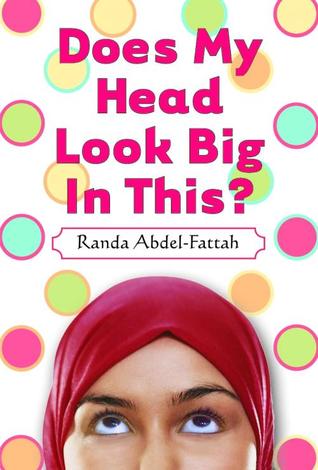 When sixteen-year-old Amal decides to wear the hijab full-time, her entire world changes, all because of a piece of cloth…

Sixteen-year-old Amal makes the decision to start wearing the hijab full-time and everyone has a reaction. Her parents, her teachers, her friends, people on the street. But she stands by her decision to embrace her faith and all that it is, even if it does make her a little different from everyone else.

Can she handle the taunts of “towel head,” the prejudice of her classmates, and still attract the cutest boy in school? Brilliantly funny and poignant, Randa Abdel-Fattah’s debut novel will strike a chord in all teenage readers, no matter what their beliefs. 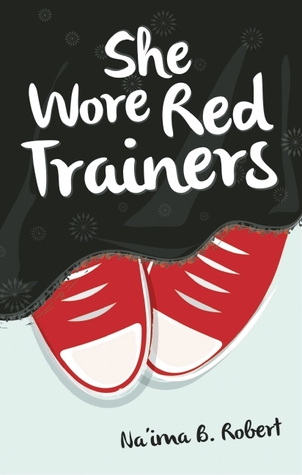 When Ali first meets Amirah, he notices everything about her—her hijab, her long eyelashes and her red trainers—in the time it takes to have one look, before lowering his gaze. And, although Ali is still coming to terms with the loss of his mother and exploring his identity as a Muslim, and although Amirah has sworn never to get married, they can’t stop thinking about each other. Can Ali and Amirah ever have a halal “happily ever after”?

Saints and Misfits is an unforgettable debut novel that feels like a modern day My So-Called Life…starring a Muslim teen.

How much can you tell about a person just by looking at them?

Janna Yusuf knows a lot of people can’t figure out what to make of her…an Arab Indian-American hijabi teenager who is a Flannery O’Connor obsessed book nerd, aspiring photographer, and sometime graphic novelist is not exactly easy to put into a box.

And Janna suddenly finds herself caring what people think. Or at least what a certain boy named Jeremy thinks. Not that she would ever date him—Muslim girls don’t date. Or they shouldn’t date. Or won’t? Janna is still working all this out.

While her heart might be leading her in one direction, her mind is spinning in others. She is trying to decide what kind of person she wants to be, and what it means to be a saint, a misfit, or a monster. Except she knows a monster…one who happens to be parading around as a saint…Will she be the one to call him out on it? What will people in her tightknit Muslim community think of her then?

Also, I wrote a review of it as soon as I finished reading it. I stayed up all night reading it btw because it was too good to put down. Yep, it’s one of those books 🙂

Check out the review @ here

So, Stephanie and her family converted to Islam in 2010. Even though she was a ballerina since she was 2 years old, she gave it up with the belief that it would clash with her faith. In 2015, she began again while wearing the hijab.

She is inspirational to me because she’s the same age as me and she’s the first Hijabi Ballerina. I love that she doesn’t feel like her faith holds her back from anything. She worked hard to get better at what she loves and she gives me courage by showing that someone as young as we are can do something different that could pave new pathways for the future.

I actually became obsessed with ballet last summer because of her and I kinda gave up because I suck at it, but I still do pirouettes in the living room.

Also, I’ve been stalking her Instagram since 2016. So, you may now too.

First off, I need to explain what the niqab is. The niqab is where one covers not only the head, but the face as well. Sometimes, someone who is a niqabi might also cover their hands with gloves.

She faced a lot of criticism and hatred for choosing to wear the niqab during the UK Burka Ban.

She is inspirational to me because not only is she educated in her faith, but she strives to improve the life quality of cancer patients. I mean, even when shes got such hatred for her personal choices, she responded so elegantly and intelligent articulated the way that she spoke. I’ve found a new role model, guys! She makes me believe that yes, as a Muslim girl I too can do something to change the world, whatever it may be and that I can do so while maintaining my hijab.

Here is an interview she had

All in all, I have a lot more women to put on here but I think Stephanie and Sahar will do for now.

Happy World Hijab Day! So, what did you think of this post? Any other books you know of with hijabi characters?